The day was the 2nd of September, and it was time for the SEA department to have a team event.

It was neither on a boat nor in the tree tops. We were positioned just a few centimeters off the ground, with what felt like, more power than a BMW! 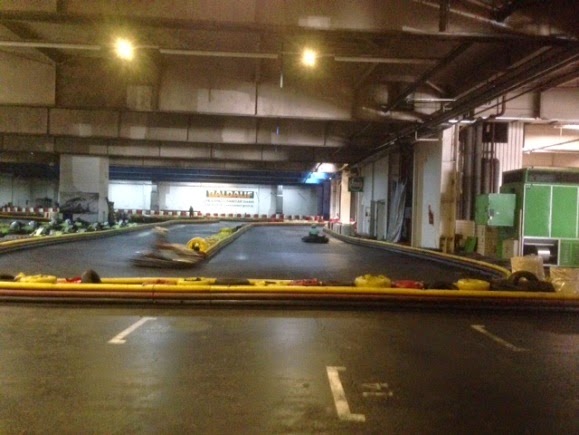 Maybe you guessed it… We went to the Berlin Go Kart track and it was great fun. It is Berlin’s longest track with 752 meters of sharp corners, speed and occasionally some minor accidents. (Nothing serious!). When everybody wants to come first in the corners, it is bound to happen.

When we arrived, there were already some racers there, punishing the track and making skid marks, so obviously we had to wait for our turn. While waiting we received a quick introduction as to what the different flags mean and what was going to happen. Blue means someone behind you is going to overtake – yellow flag means you are to slow down and no overtaking in a particular area of the track (In case of an accident or if someone is stuck). Lastly off course the final lap flag, the checkered flag! 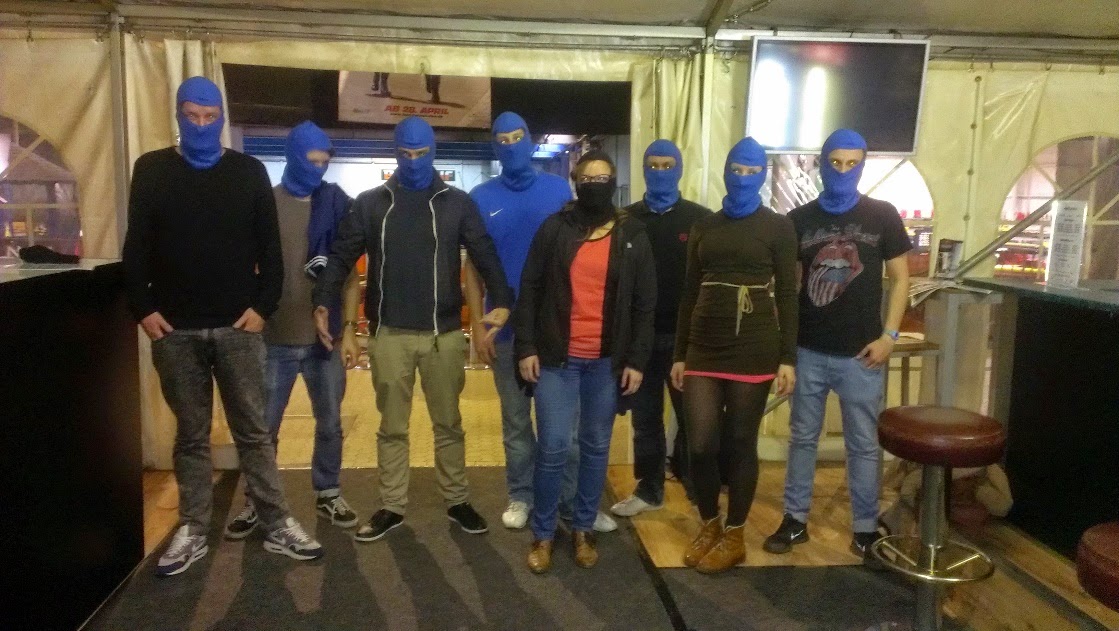 As the picture shows we looked like a gang of thugs, but we were just ready to use some gasoline. First 5 minutes was a qualification round, which would lead to who starts in what position for the real race. 45 minutes of intense racing, overtaking, spinouts and aggressive looking drivers. Everyone wants to win and no one wants to be last!
When the race ended after about 45 minutes, it was time to reveal the winner. Oliver won, but he is suspected to have a modified Go Kart. It may also be because he visited the track several times! 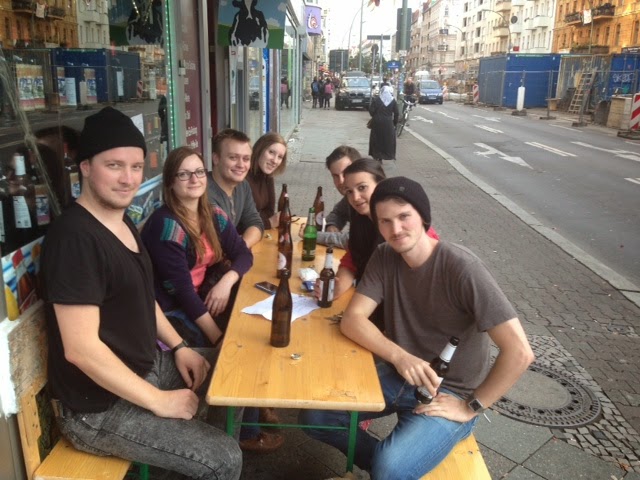 (I think Niek’s back is stuck in this position after the race?)

Go Kart racing is breathtakingly fun, but also quite hard. Therefore after the race, we all got some replenishing beverages. It’s important to stay hydrated! It was a great experience, and we all had a lot of fun.

Written by Morten (SEA)
Posted by DigitalPerformance at 8:57 AM No comments:


The Sommerfest 2014 started on the calm waves of the Spree and ended above the clouds. Everything in between was a crazy mix of fun, sun and awesome people.


The anticipations of the annual Sommerfest was sky-high. Digital performers had been tidying up their desks and were more-than-ready to welcome the colleagues from Bremen, Kiel, Lautern and Hamburg to Berlin. Dressed to impress *Berlin-style* and ready to mingle, everyone left the office in the Ritterstraße to kick off the evening on a boat! 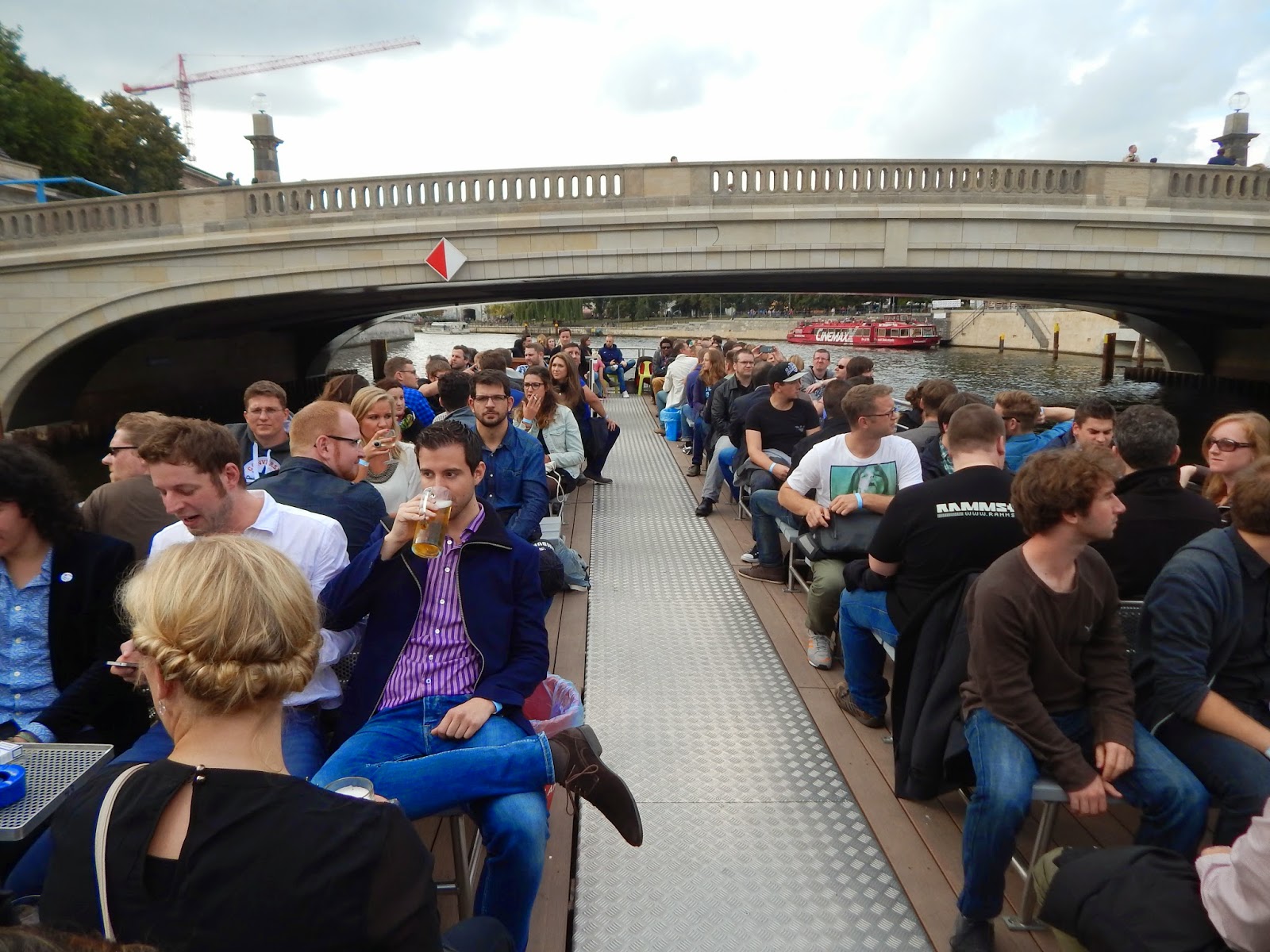 The 1-hour boat trip was a cruise through Berlin’s history, starting at the former border between East and West Berlin and ending at the German Bundestag and Kanzleramt aka. Angela’s washing machine. From the calm waves of the Spree, the evening was continued at one of Berlin’s highest located roof top bars with an extraordinary view over Alexanderplatz and East Berlin. 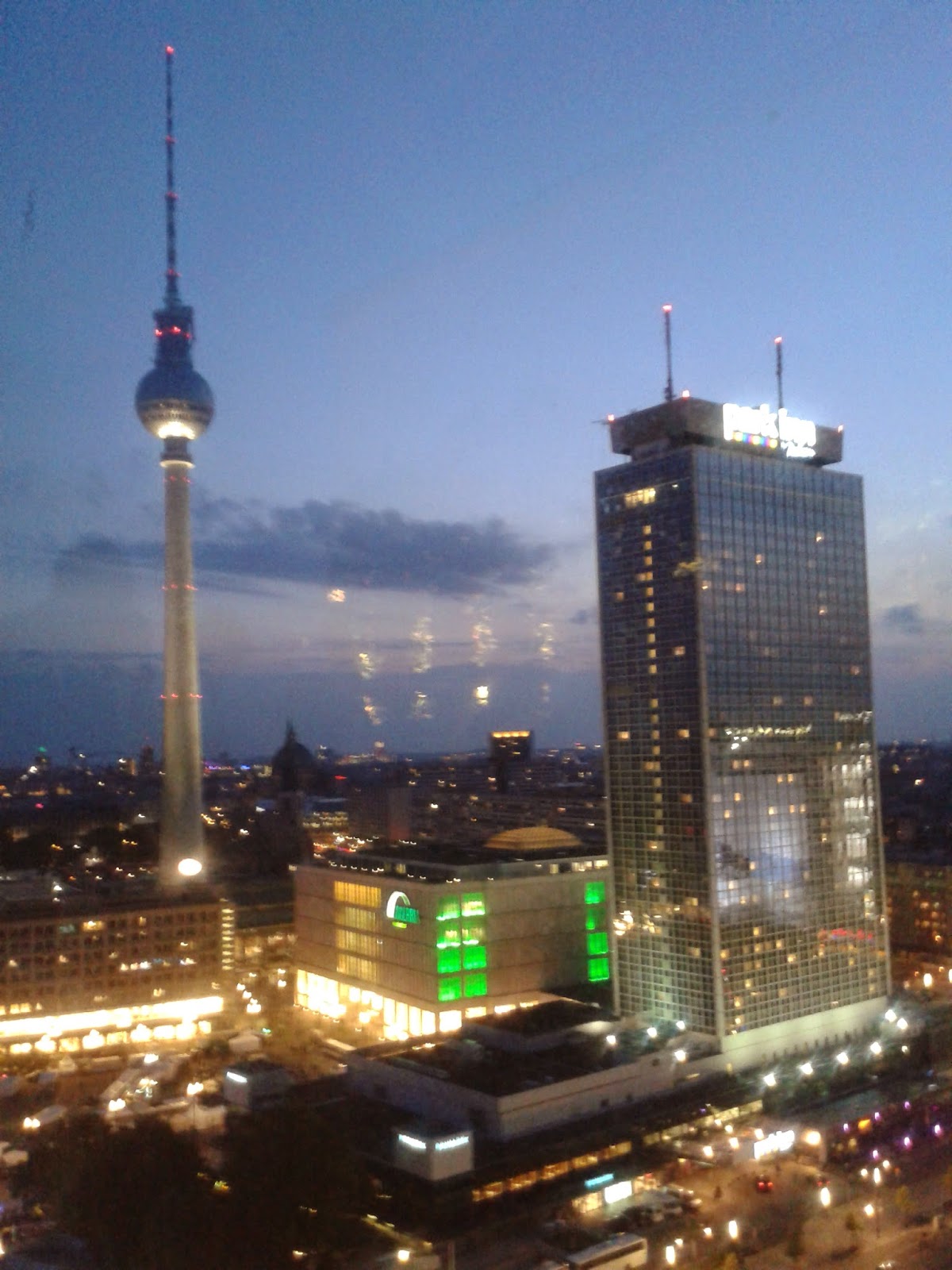 Although, the 15th floor is not entirely located above the clouds, it did not take long before the party plane took off with the help of delicious food and a free-bar. As the evening turned into night, people went inside to the dance floor, where electronic beats got everyone on the dance floor. Admittedly, some had difficulties sticking to the beats, but it did not ruin the fun of dancing the night away.
The party continued until the last surviving ones were blessed with witnessing a sun rise over Berlin’s skyline from the 15th floor, before they could drag themselves down to the U-Bahn and jump on the next train - everyone tired, but one great DP-experience richer.

Written by Martin (CRO)
Posted by DigitalPerformance at 12:57 AM No comments: