Everyone at DP deserves "one minute of fame"


As we are a fast-growing and expanding company with many departments and even more teams it’s hard to keep track of who is doing what on a daily basis. In order to understand each and every teams’ main tasks and bigger projects we introduced a series of presentation, right before our famous “Beer-Fridays”, to get to know our respective teams – ONE-MINUTE-OF-FAME. Now you might ask, why one minute of fame?! Well, as Andy Warhol famously said: “In the future, everyone will be world-famous for 15 minutes”. Because, we cannot sit still for 15 minutes after a days’ work, already with a beer in our hands, we decided to cut things short and give our chosen presenter 1 glorious minute of fame. 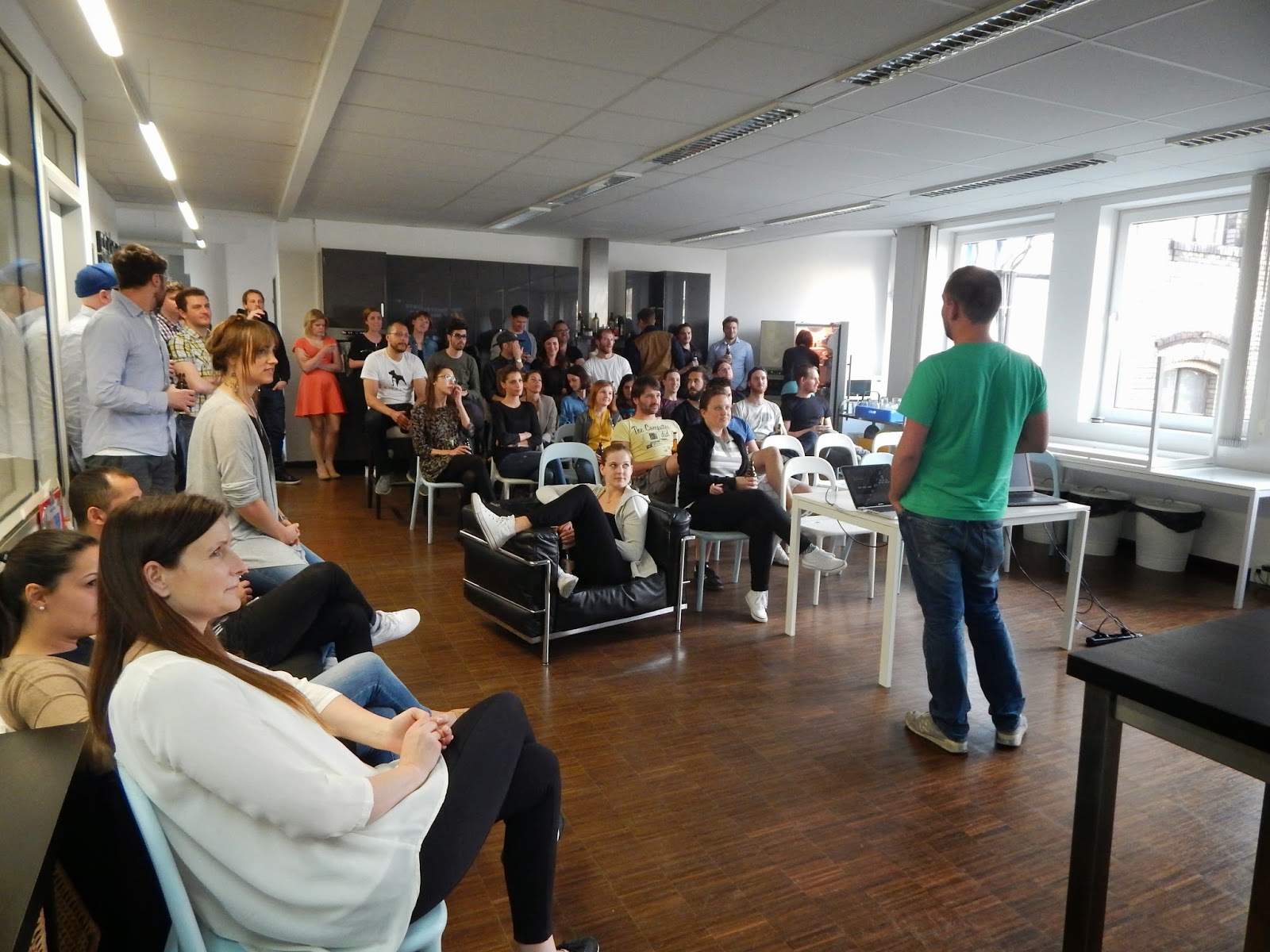 The idea behind our ONE-MINUTE-OF-FAME presentations is to give our employees the chance to fully understand the scope of our company. Meaning, every third week it’s another teams’ turn to introduce themselves to the rest of us and make us understand their work in a short period of time. Now giving a short presentation is rather challenging in comparison to a typical sixty minute presentation. However, it is much more engaging from an audiences’ perspective, a lot more focused and precise, the atmosphere is significantly relaxed; and it only took former U.S. President Abraham Lincoln less than five minutes to deliver is immortal Gettysburg Address! So, we’ve accepted the challenge of educating ourselves in less than five minutes! 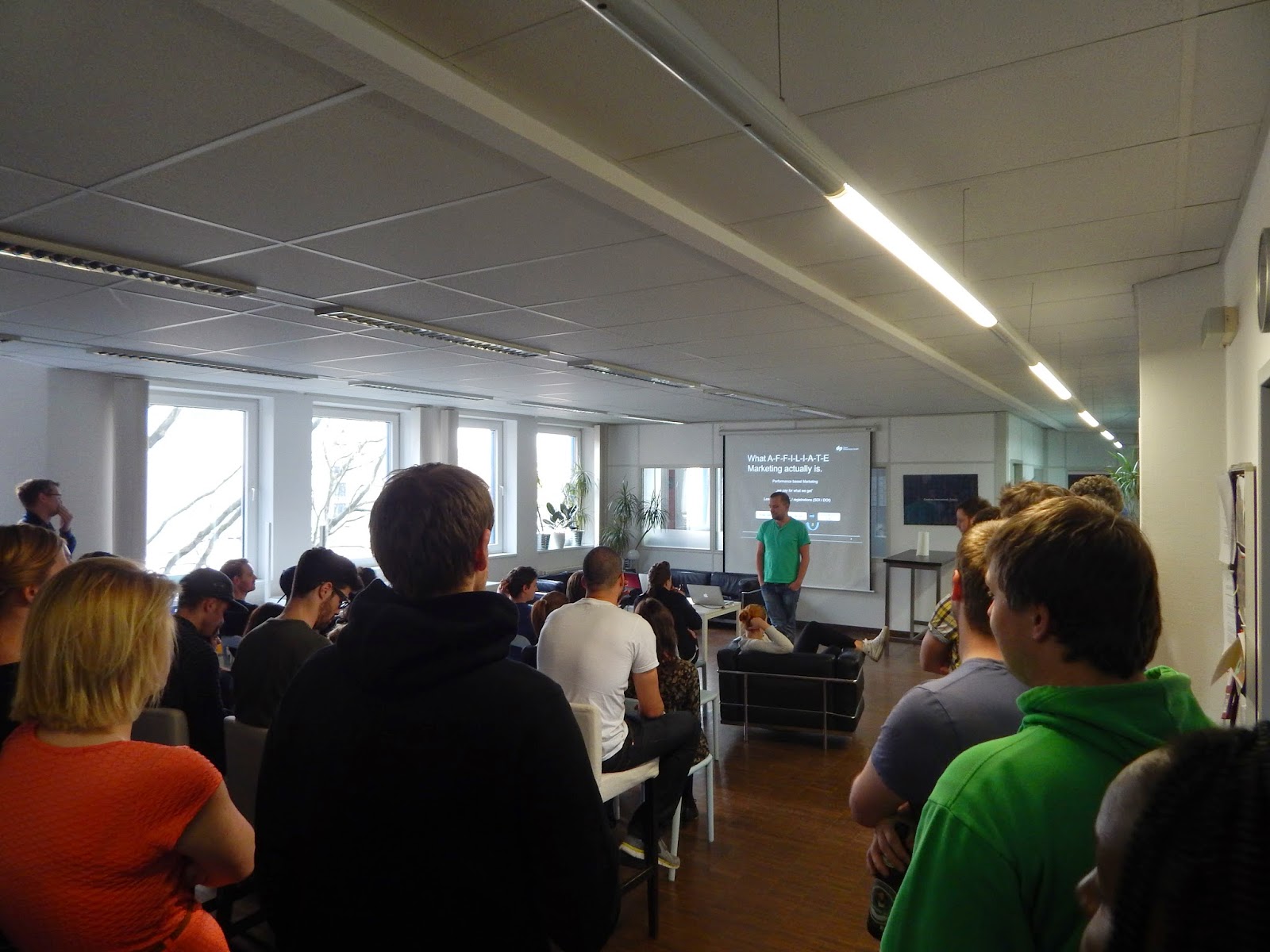 Last Friday we had a full house and it was the Affiliate teams’ turn. Although, all of us probably still couldn’t take over their job, at least we have a much better understanding of what affiliate marketing is all about. Our head of Affiliate Marketing Alex did a great job and explained to us what performance based marketing actually is, made sure we understood that in affiliate marketing “we pay for what we get”; reminded us of the importance of leads, PPL, CPL, SOIs and DOIs; made clear to us with what teams they work internally; and explained to us the relationship between the advertiser, in this case DP, the network, and publisher. As if we weren’t engaged enough, Alex managed to get us all laughing hard when showing us some quotes and pictures from the partners they work with. Last weeks’ ONE-MINUTE-OF-FAME presentations was the perfect example of how a short presentation can be both educating and entertaining at the same time!
Posted by DigitalPerformance at 5:17 AM 2 comments:


Last week it was once again time for our admin team event. Instead of taking a stroll by the Spree in the sunny weather, we got wrongfully imprisoned inside a bunker and two of our team members were even put in solitary confinement. Now you might wonder what we the hell we did to get ourselves into this mad situation. In all honesty, it was all part of a game – the Ultimate Live Escape Game “Secret Prison”. 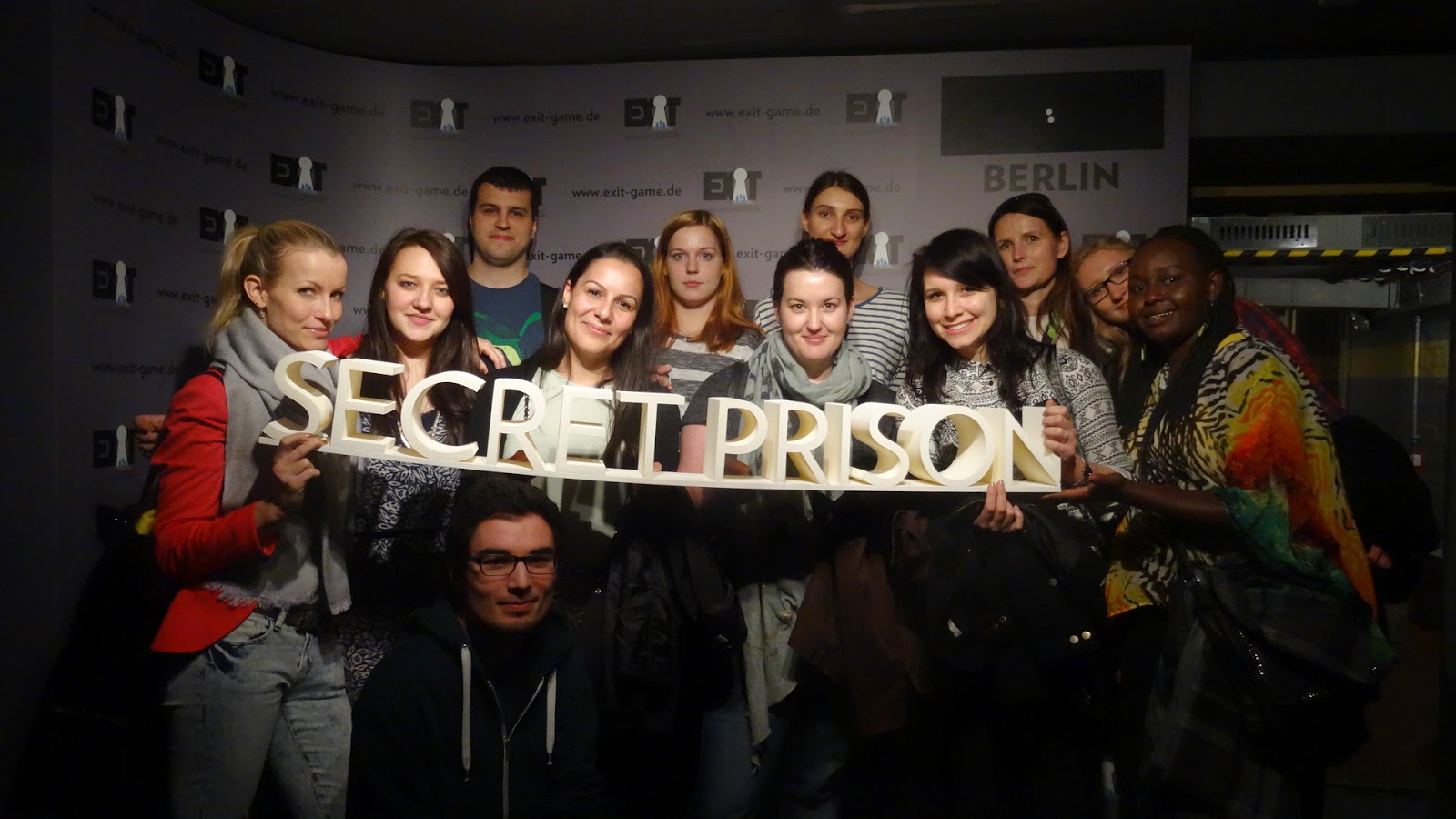 Divided up into two teams, trapped inside a DDR furnished Cold War style bunker our first task was to each free one of our team members out of solitary confinement. This, however, was easier said than done. The time was ticking and every little piece of furniture ranging from picture frames to prisoners’ food, keys and combination locks, mouse code and chains formed part of the puzzle; in our defense, some pieces fit together more obvious than others. Our ultimate mission of course was not only to get our teammate out of solitary confinement but to get all of out of the bunker. As we figured out more and more of the clues and hints we got the hang of the game and started to get quit organized under ground. As soon as someone came across some sort of number combination, all of us sprinted towards the closed combination lock to see if they had pieced together the next part of the puzzle – I guess they call it division of labour. After getting access to more and more bunker cells we managed to find the final piece of the puzzle – the key to the outside. 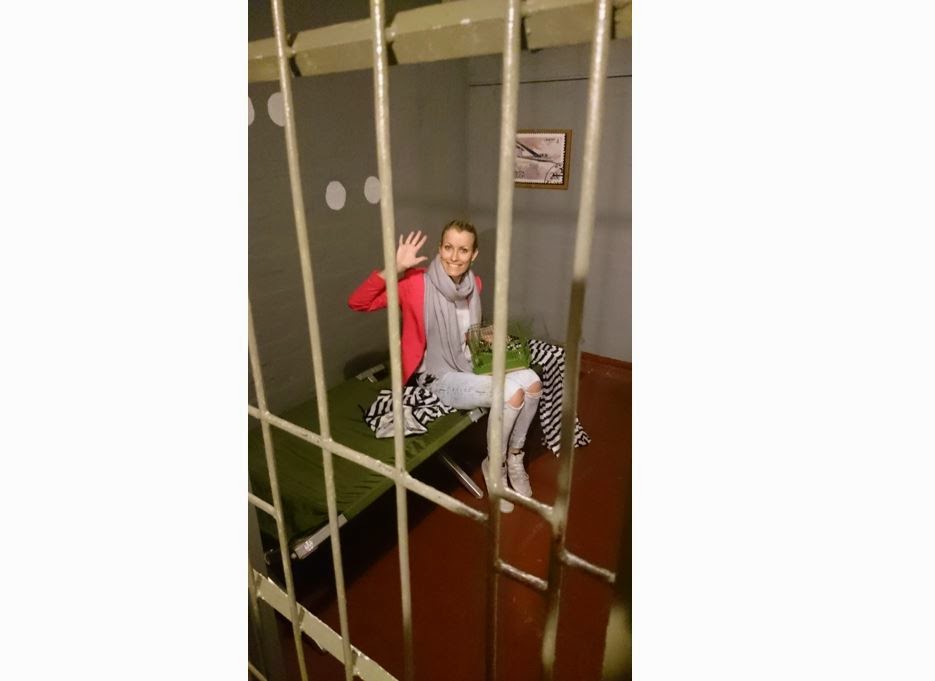 As we were two teams playing against each other, of course it has to be mentioned at this point that one of our teams proved themselves smarter that the other. We won’t discuss this in further detail though as arguments were flying high after we all made it out. Overall, we had a great deal of fun and although the Cold War DDR setting was pretty disturbing at first we became acclimatized to our environment rather quickly.

After this exhausting game we were longing for some good food. Therefore, we ended the evening with some nice pasta, pizza, and Wiener Schnitzel right beneath the TV tower at the Alexanderplatz.
Posted by DigitalPerformance at 6:13 AM 1 comment:


Once upon a time, there was a team that couldn't decide for a team event... until one day they finally made it. They decided to have a great meal and some beers after. The restaurant Chez Michel was so nice that they even had a shower, just in case. After a lot of tasty meat with a long drink in our hands we relaxed at the bar luzia. 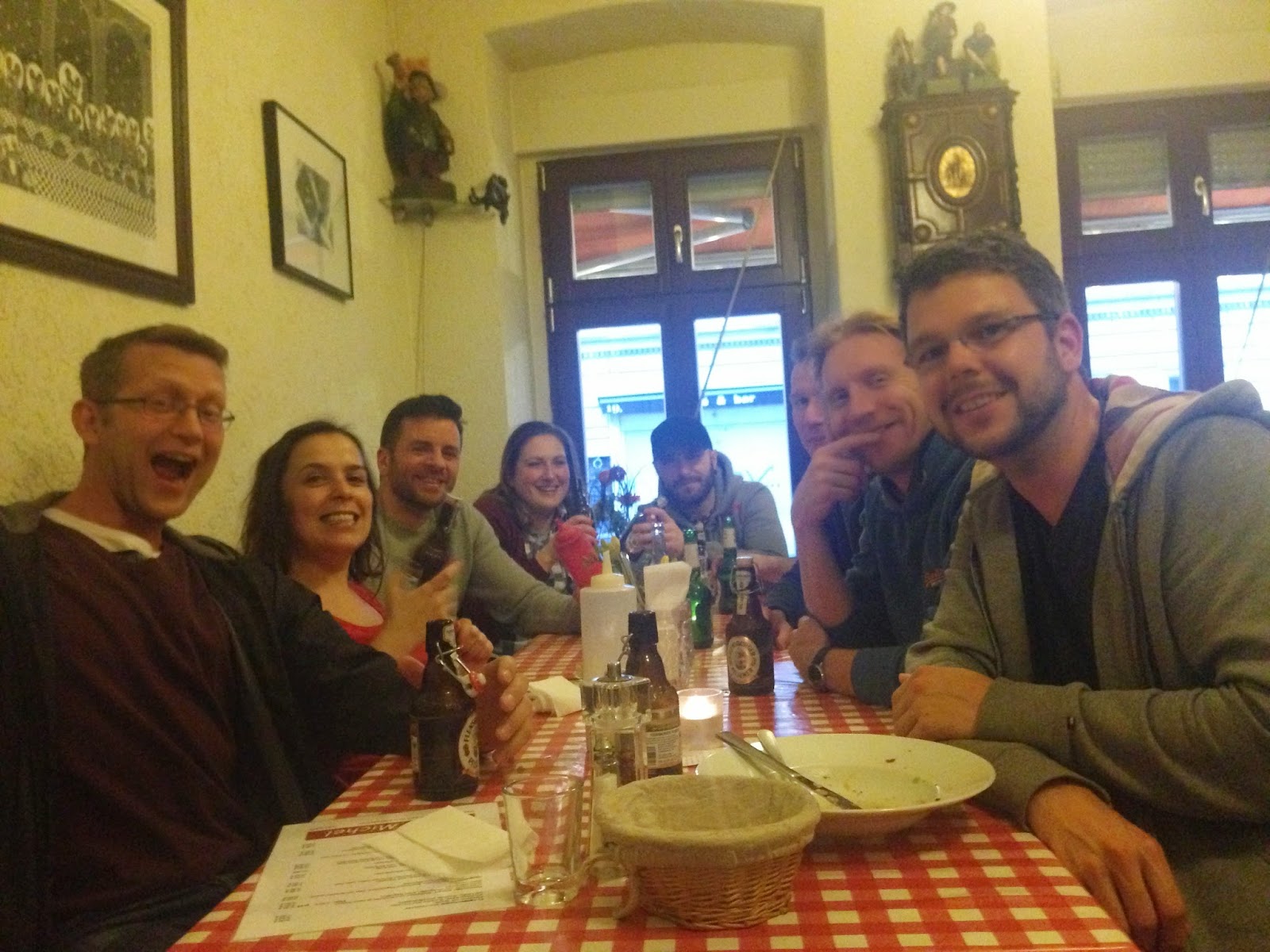 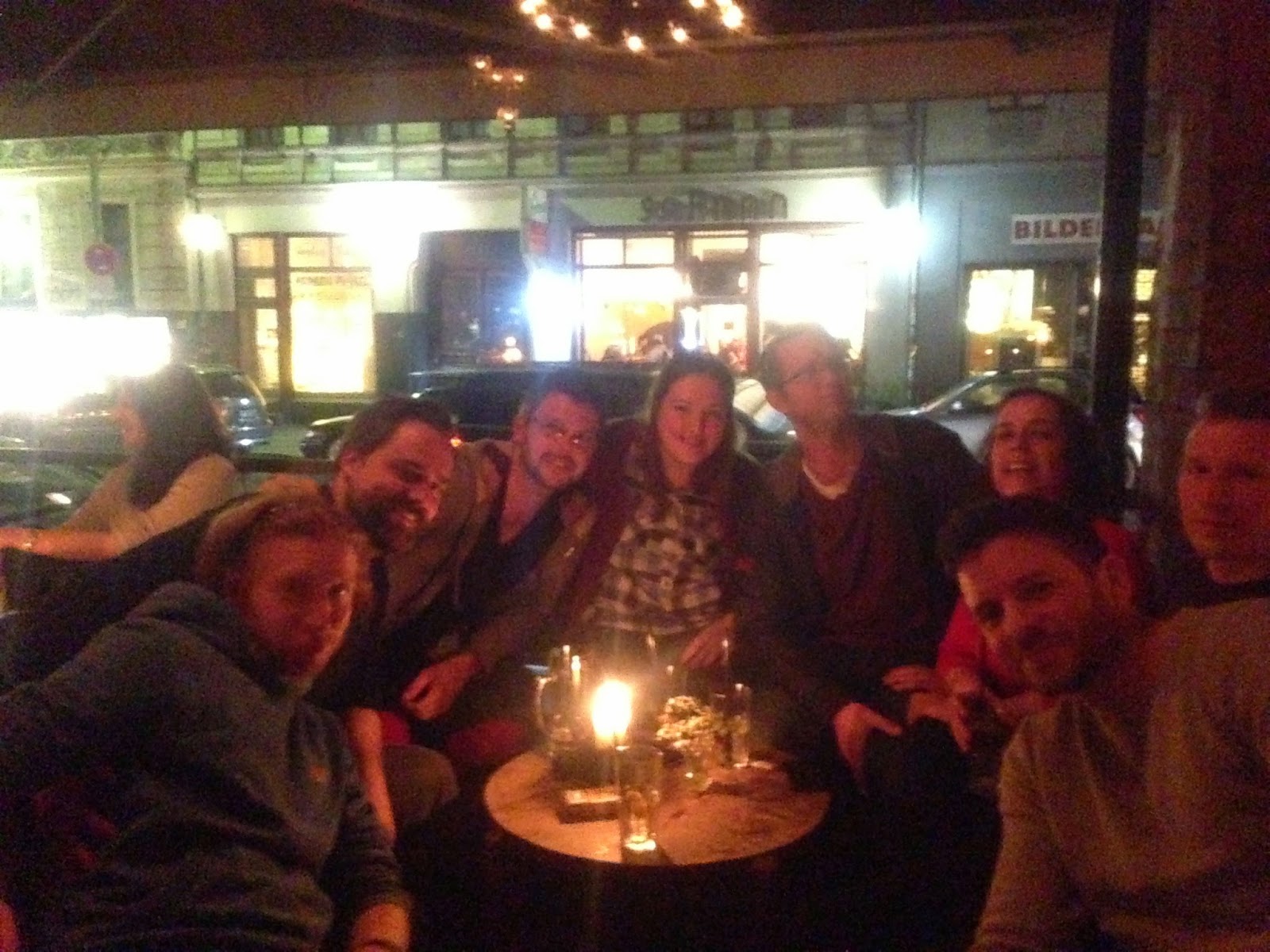 Posted by DigitalPerformance at 1:29 AM No comments: