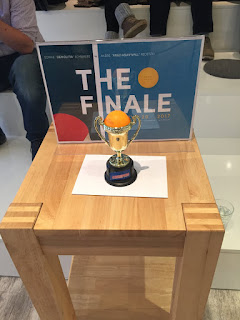 The day had come and it was time for the big DP-TT-final. 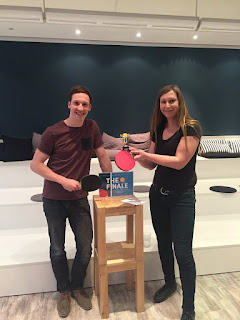 After fighting all the other players, it was time for our two finalists, Sophie and Andre to face each other in the most exiting games of all, namely the final TT match. The playground was filled with exited and cheerful colleagues. Already from the first ball, the match was very pulsating and the opposing fans showed which team they were cheering for. But it was clear, all of them rejoiced with Sophie, when she made the match ball and won with 3:1. Congratulations to Sophie! 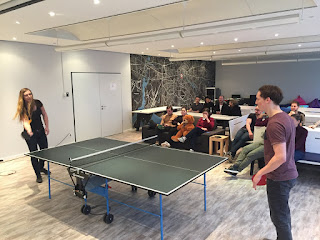 Posted by DigitalPerformance at 12:36 AM No comments: