I know what you're thinking: “Extended Christmas Bingo Mulled Wine Beer Friday!? That sounds awesome! But how is that even possible?” :P
Well last week we had a special Beer Friday! We celebrated Saint Nicholas day. After getting some presents from DP we all had a traditional christmas dinner of pizza and sushi... We also had mulled wine in addition to our usual beer. 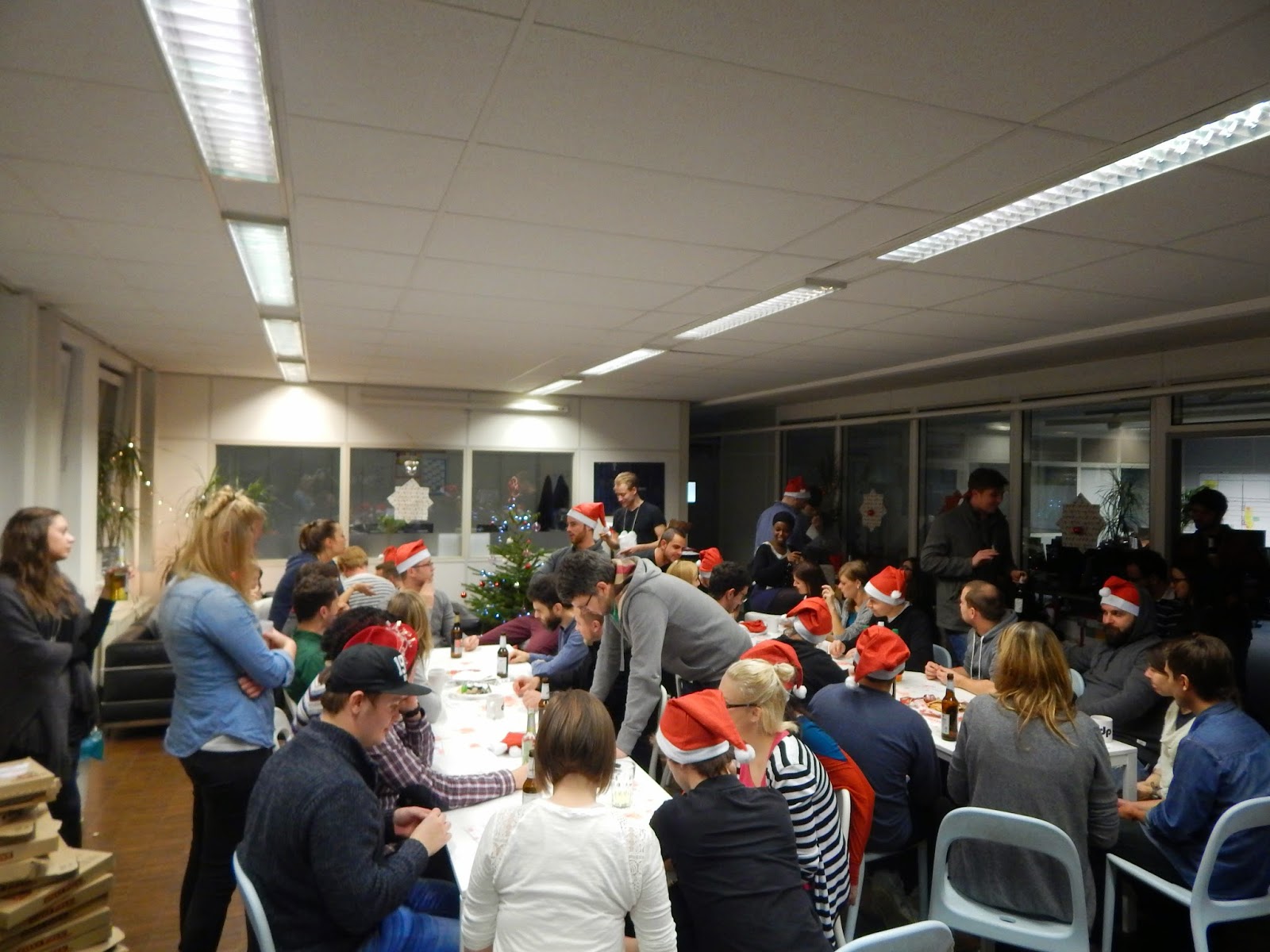 The special activity that evening was Bingo. Yes....Bingo. Most of us played it for the first time in our lives, foolishly mistaking it for just an old peoples game. The idea come from our beer-manager Martin, who definitely deserves credit for keeping 40 of our employees quiet, sat on their chairs, and paying attention (more or less :) ) while waiting for our numbers to come up. 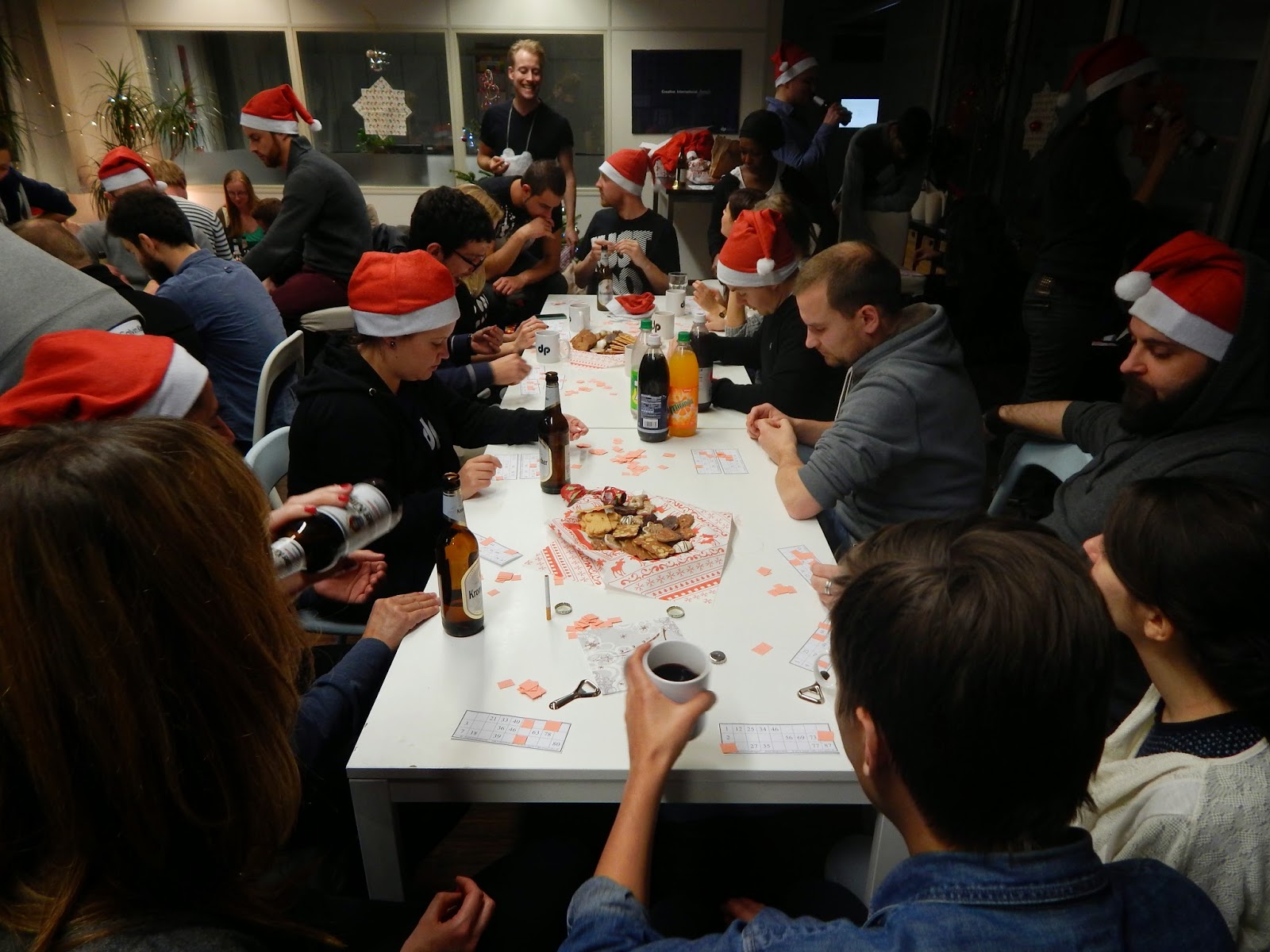 Sure the prizes might also be a good motivation, but nonetheless a really fun time was had by all! 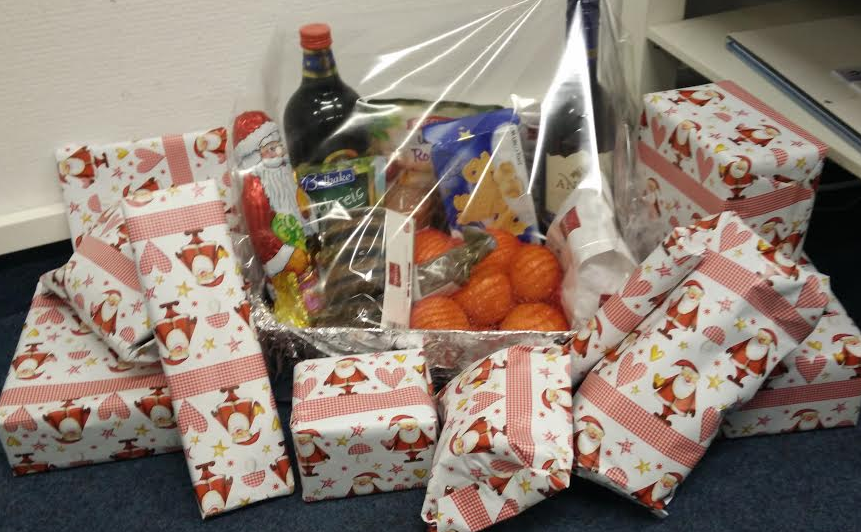 Posted by DigitalPerformance at 7:49 AM No comments:


Our team event started with us in the office eating pizza and salad to muster the energy to burn for our team event. It turned out to be a very prudent idea to do so as it was an intense evening, with lots of ducking, running adrenalin.


The chosen activity for our team event was Laser Tag. We were very excited for it with our hands itching to get a gun.

After a short intro to the rules and the safety everyone got their gear and chose their guns. The first game mode was "Free For All", in other words:  everyone against everyone. It was the hardest  and most chaotic game of all with people coming from all directions.

Then we formed teams. First, two teams played against each other, then we split up to form 3 teams and make it even more interesting. In the last game we tried to take control of "radioactive" boxes and defend them as long as possible from the other teams which ended up in a very fast-paced and intense game.

With a lot of „Laser Blood” spilled and a lot of energy used, we had tons of fun and brought home a lot of fun memories. 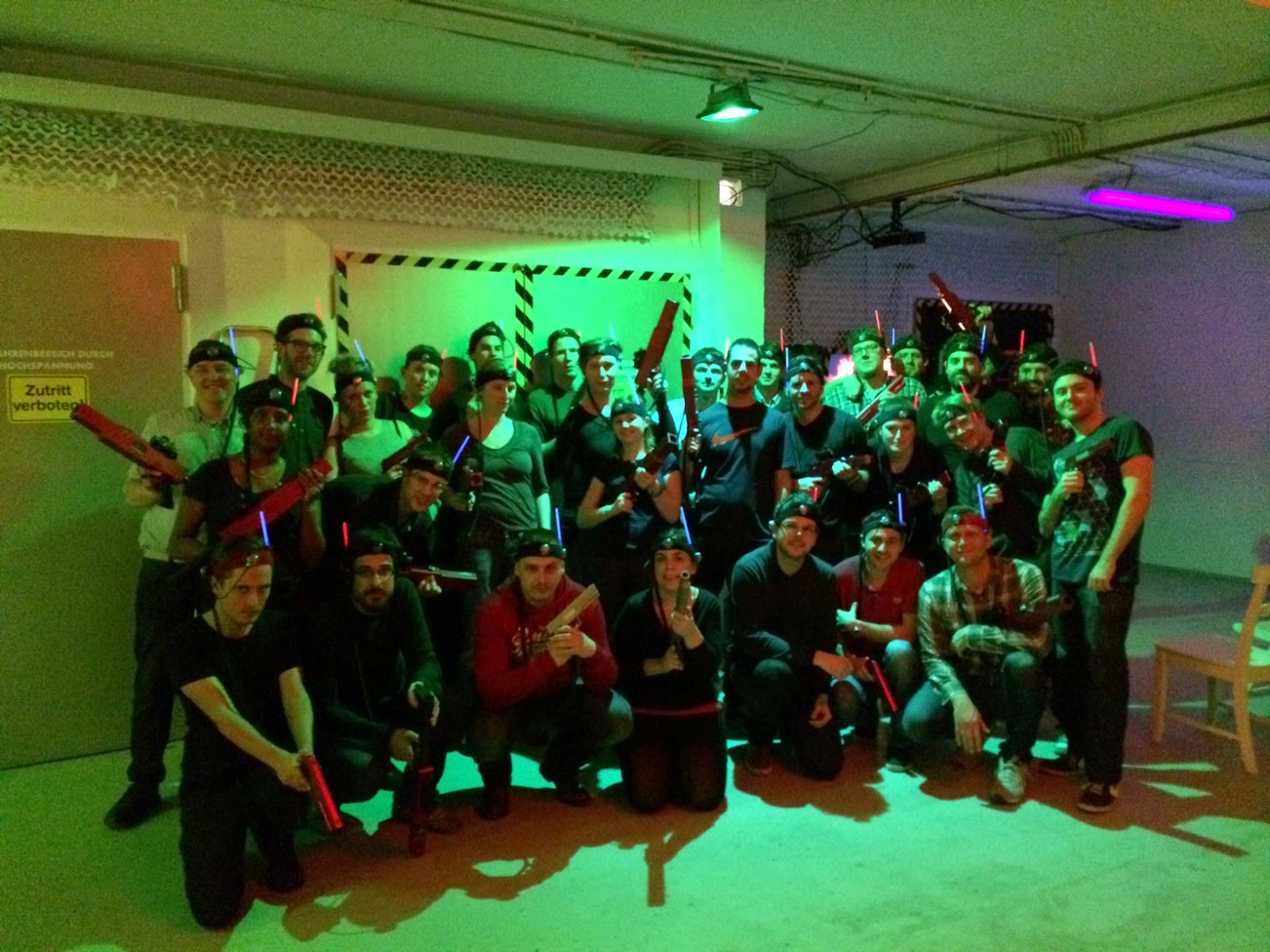 Posted by DigitalPerformance at 6:20 AM No comments:

On Thursday, the 27th November the Administration Department of Digital Performance (Finance, HR, SysAdmins, Office) went to the beautiful Christmas market at the castle Charlottenburg.

First we went to the tent restaurant “Der Vierte Mann” where we had super delicious Austrian meals, like “Spätzle” and “Schupfnudeln”. 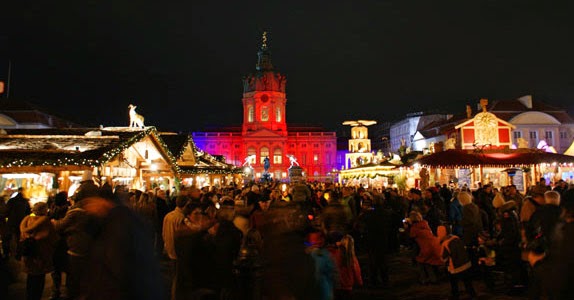 Afterwards we walked across the market and had a look at the nice shops. We ended up at a stand with a huge selection of mulled wine and other delicious drinks :) 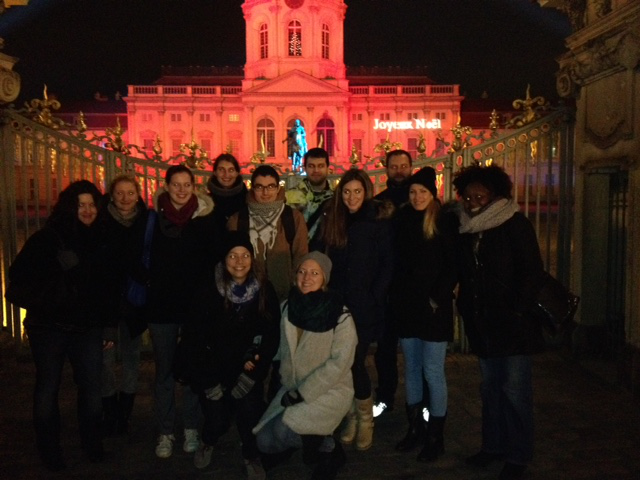 Posted by DigitalPerformance at 5:47 AM No comments: